How to Save and Make Money OnLine 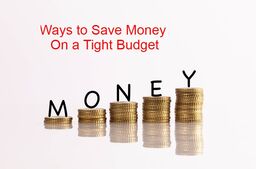 Most homeowners are always looking for new savvy ways to save money in their homes. As a matter of fact, it could be a good idea to come up with your own homeowner saving plan. Having an idea of what you want to do with that spare cash can act as an incentive to save even more money.
​
​Many helpful tips for homeowners have already been covered, but if you are still looking for ideas, it is a good idea to carry on reading. Over the last couple of years, I have realized thinking outside the box helps when you want to save money in the home.


The first thing I did was to carry out an “energy audit” to find how much energy in the way of gas and electricity I was using. Also, should you consider water as an energy source? Clean water is quickly becoming a precious commodity, and for most families, water usage represents a considerable expense.

Rooms In The House Where You Can Save the Most Money
​

There are some rooms in a home where you can save the most money. It did not take me long to figure out that I was using the most energy resources in the kitchen, bathroom, and living room. In my case, the kitchen was the place I could do with saving the most money. I love to cook, and I have to admit I don't want to give it up. Instead of cooking less, I started to look at the way I used appliances.

Most of my appliances were energy efficient but they were still expensive to use. So, I took a look at some kitchen appliances I thought would save money in the home, and invested in low-cost energy and money-saving appliances.

Saving Money in the Bathroom

You can save money in the home by making some small changes. Low-flow appliances such as shower heads can save you a lot of money. Thanks to sites like Amazon, low flow bathroom appliances are not very expensive to invest in. My water bill soon went down when I installed a low flow showerhead which cost me less than I had expected. As a matter of fact, I am convinced that my low flow shower head paid for itself in the first month.

Even if you are on a tight budget, it is worth considering what investments you can make to save money in the bathroom.

It is true what they say, take your home entertainment appliances off stand-by and you will save money. I think that I saved about $15 in the first month. Not only did I switch off the stand-by function on all of my appliances, but I also changed all of the light bulbs to energy-efficient light bulbs. Doing so allover your home can save you a lot of money.

Of course, there are other ways you can save money as a homeowner. Investing in a larger washing machine may seem futile, but it does save money off your electricity bill and water bill.

When you invest in new home appliances make sure they are energy efficient. Understanding how energy ratings work is essential when you buy new appliances. And yes, it is worth your while paying a little bit extra for energy-efficient home appliances.

Setting Up Your Own Homeowner Savings Plan

Instead of putting my money in the bank, I decided I would set up my own homeowner savings plan. I put all of the money away in my home safe, and at the end of the year, I had rather a tidy sum to spend. I had saved a third of my electricity bill thanks to investing in cheap to run kitchen appliances during the first two months. After I changed the light bulbs and took my home entertainment appliances off standby, I saved even more.

However, instead of taking a vacation, I invested in an energy-saving fridge and freezer. It is the one kitchen appliance that works hard. We live in Spain were temperatures can get really high during the summer months, and I know our fridge freezer does cost a lot of money to run.